A Samsung automatic ice maker is far more convenient than traditional ice trays. Instead of waiting hours for the water to freeze, you can have fresh ice cubes for your drink at any time. When the ice maker breaks down, you can repair it from Appliance Medic.

With the mercury rising,ice becomes an important commodity. The ice maker machine was developed to ensure an everlasting supply of ready ice on demand. Most refrigerators either have a built-in ice maker or it is added later as an accessory. The Samsung ice maker is an external ice maker that is not just part of the refrigerator. If right in the middle of summer, your Samsung ice maker breaks down, you are in quite desperate situation. NO matter Appliance medic is in your just contact with us we will fix your ice maker problem very quickly as we have a expert team for any kind of home appliances repairing. 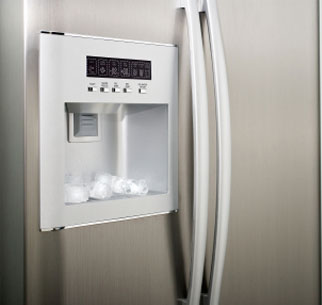 1. Ice Maker is Plumbing
If no water is getting to your Samsung ice maker, pull the refrigerator away from the wall and check the supply line in the rear. Straighten out any kinks that could be blocking the water flow. Thaw out the water line carefully with a hair dryer if it appears to be frozen. If you can’t do that not to worry. Call Appliance medic!

2. Ice Maker is making Small Ice Cubes
Change the water filter according to the instructions in your owner’s manual if your ice maker is producing small ice cubes. Make sure to only use replacement filters designed to work with your specific Samsung refrigerator. If you can’t do that not to worry. Call Appliance medic!

3. Ice Maker is making Hollow Ice Cubes
Hollow ice cubes are a sign of inadequate water flow to the ice maker. Remove the saddle valve that creates a connection point between the ice maker’s water line and the home’s plumbing. Replace the valve with a wider version to allow more water to reach the ice maker. If you can’t do that not to worry. Appliance medic is here!

4. Leaks in Ice Maker
Replace the water inlet valve if you notice water or ice building up on the bottom of the freezer compartment. If there is water leaking from the back of the refrigerator, replace the water supply line and reinforce the connection point with Teflon tape. If you can’t do that not to worry. Call Appliance medic!

Are you in need of an ice maker repair? Let Appliance Medic Services help diagnose the problem and fix your Samsung ice maker in no time. Our local repair technicians receive ongoing training and specialize in repairing and maintaining ice makers in freezers and refrigerators. Whether the machine is not making any ice or you have frost in your dispenser area, we can handle those needed appliance repair and ice machine needs. We’re just a call or click away! Schedule your ice maker repair service appointment online or call us 845 617 1111 today.